And, besides that, it’s really tasty, too.

With any recipe, it’s always a good idea to gather all of your ingredients together before you get started.

There’s two reasons that I (almost) always do this:

There’s a complete list of ingredients, and measurements, in the printable recipe below.

The vegetable broth in this picture is actually frozen. I only zapped it enough to be able to get it out of the container.

Yes, you can put frozen, or semi-frozen, broth directly into your Instant Pot recipe. The only difference you’ll see it that it may take the Instant Pot a little more time to come to pressure than it would with room-temperature broth.

Making Your Own Vegetable Broth

We always make all of our own vegetable broth.

For a quick video on how to do that, check out How to Make Homemade Vegetable Broth in your Instant Pot on YouTube.

Put everything into the inner liner of your Instant Pot, in the order listed in the recipe below, making sure that the tomatoes go in last. (Yes, there’s a good reason for that.)

Put the Tomatoes in Last and DO NOT STIR!

As mentioned in the recipe below, put all the ingredients in the inner liner of your Instant Pot, in the order given, with the tomatoes going in last.

Then, DO NOT STIR.

Why Don’t We Stir These Ingredients?

There’s a very good reason that we aren’t going to stir these ingredients.

Tomatoes in contact with the bottom of the inner liner may give you the dreaded Burn Notice! So, in order to avoid that, we just don’t stir the ingredients.

For this soup, we’re going to use the Soup/Broth mode on the Instant Pot and set the cooking time for 5 minutes.

Once the cooking time is complete, allow a 10-minute NPR (Natural Pressure Release). That just means letting the Instant Pot sit for 10 minutes.

Then, release the rest of the pressure by carefully turning the Pressure Valve from Sealing to Venting.

Once all of the pressure has been released, and the Float Valve has dropped, carefully remove the lid and give the soup a good stir.

You can serve immediately or refrigerate or freeze for later use.

The “cooking time” in an Instant Pot is only part of the story.

We always like to give the Total Instant Pot Time with our recipes, so you know exactly how long it will be before you can put the soup on the table.

Total time can also be affected by the size of Instant Pot you use. In this recipe we used a 6-quart Duo.

Here’s the total time for this recipe:

This soup is very low calorie at only 141 kcal/serving.

Note: If you are using Weight Watchers, this soup is zero points. 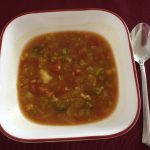 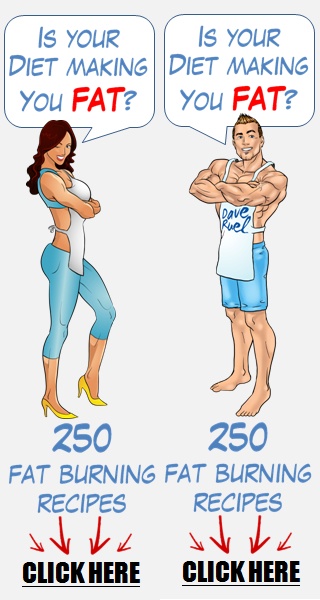 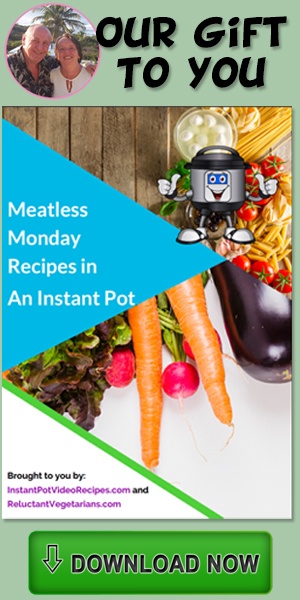